Tai Chi is a treasure amongst the cultural heritage of the Chinese Martial Arts. Its techniques open a gateway to the ancient philosophy of the Yi-Jing, which describes the mutual relation between Yin and Yang.

They offer an insight into Wuwei, the Way of non-doing to reach the Dao, as taught by the great philosophers Laozi and Zhuangzi. Through practising the form and pushing hands training drills, the focus lies on polishing the skill of suppleness and cultivating the modesty of yielding to the opponent. In this way, health and vitality are strengthened while simultaneously pursuing the martial art skills of “softness overcoming hardness”, “stillness overcoming motion”, “small triumphing over large” and “slow controlling fast”. 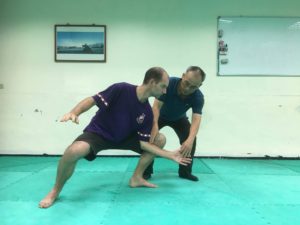 Master Wu Rong-Huei will share his experience in Supple Taichi, a Yang style of Taichi transmitted by Grand Master Song Zhi-Jian. During the workshop, Master Wu will revisit the essentials from the Tai Chi Classics and lay down the fundamentals for practising physical relaxation, the Tai Chi form and pushing hands. The more advanced pushing hands drills will focus on absorbing and neutralizing the opponent’s attacks. All along, Master Wu will share his insights on the Classics, and together we will explore the training drills of three Grand-Masters in the Yang tradition :

Broken up practice of the form (applicable to any form).

“Beautiful Lady’s Hands” and “Not Moving the Arms” of Master Cheng Man-Qin. 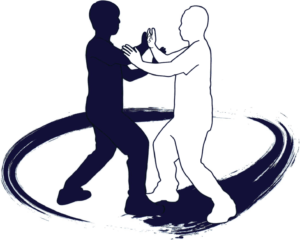 Master Wu Rong-Huei studied with Master Song Zhi-Jian from 1986 to 2000. From 1989 to 2000, he won more than 20 Tai Chi pushing hands championships. In 1999, he even voluntarily signed up for division 7, competing with people 4 divisions heavier than him. He won.

Today, Master Wu Rong-Huei is the chairman of the Chinese Taichi Institute in Taipei. He holds three positions at the National Tai Chi Chuan Association of Taiwan, amongst which being the head referee for all competitions the NTCCA sponsored between 2004 and 2018. In 2007, he graduated from the Institute of Athletics and Coaching Science at the National Taiwan Sports University. He is a lecturer at two departments of the National Taiwan Sports University. Master Wu has actively promoted and taught Tai Chi Chuan locally, internationally and academically since 2000.

Hotels in and around Utrecht